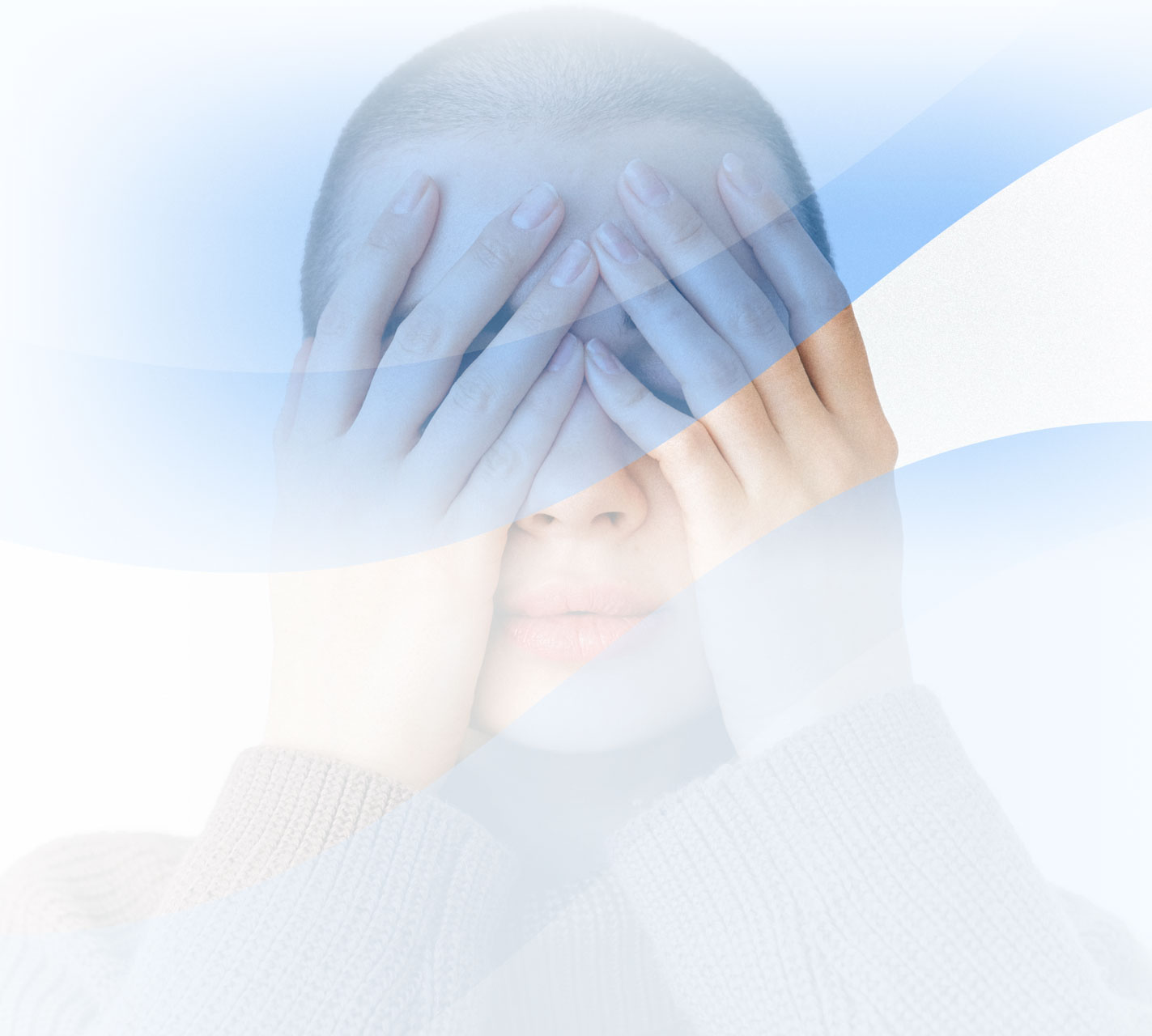 A quick & simple way for users to report concerns while online

Our new safeguarding feature allows your users, e.g. students and staff, to report any online safeguarding concerns they have while they are still online. Examples of potential concerns include:

We have a separate, full product available called Safeguarding 24 which has some additional benefits. These include:

The features included in Statistics 24 will only work with Google accounts and does not include the monthly reports or the ability to embed the reporting form in your own websites.

For more details on the full product, see: https://www.safeguarding24.com

The reported message of concern will be sent to a designated representative in your organisation (for example, a safeguarding officer or team) and can include a screenshot of the users current browser window as evidence if they so choose. The safeguarding button to report a concern can be turned on or off for your organisation and appears right on the Statistics 24 popup window. 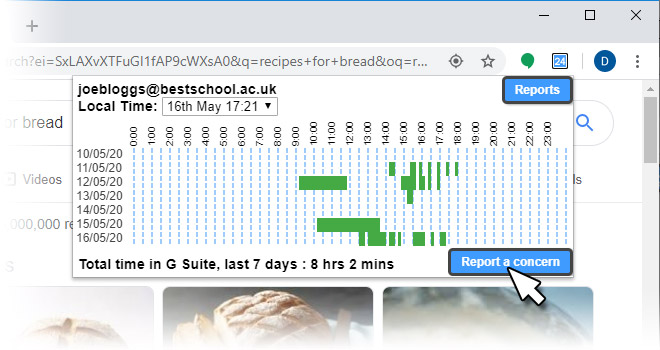 The Statistics 24 system does not store the reports or screenshots and no personal information is kept from the user submitting the report. The details of the message are immediately sent to the designated contact in a secure email. It is ideal for schools and colleges when students and staff are on-site and/or working at home making increasing use of online learning technologies. 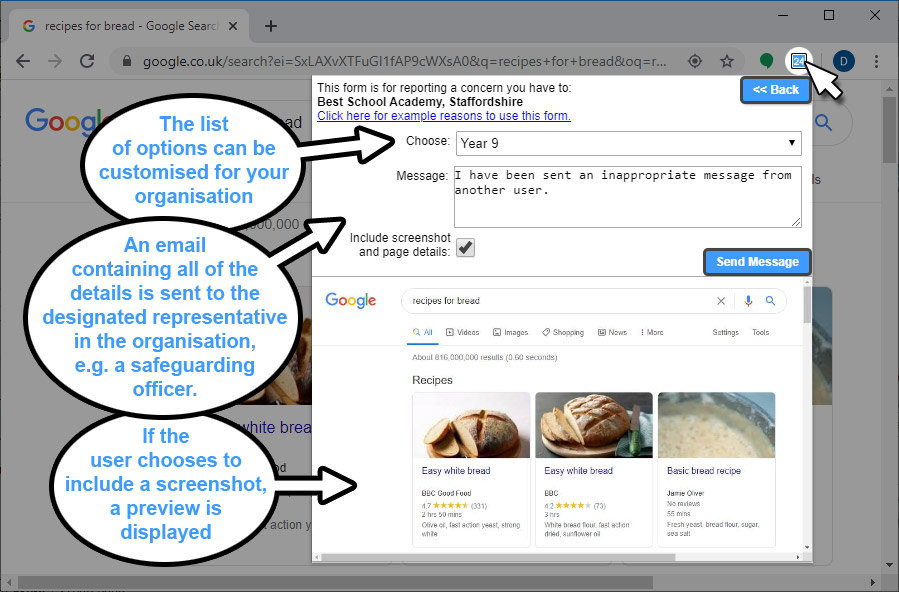 Can a user report anonymously?

No. There are several reasons why we (and the safeguarding experts we collaborated with) believe that anonymous reporting is not a good idea. The main reason is that anonymous reports are open to abuse and could themselves be used as a form of bullying or targeted harassment against students or staff. Also, more information is often needed so a contact - even if their identity is protected by your safeguarding officer - is required to investigate matters further. It also allows your organisation to determine whether multiple reports were sent by a single person, or by multiple people.
The National Crime Agency's CEOP (Child Exploitation and Online Protection Command) also do not allow anonymous reporting via their site.

Only the person or people you designate in your organisation will have access to the reports. They are not stored on servers accessible by Statistics 24 at all. As soon as a report comes in via an encrypted connection, the details are packaged up into an email and securely sent to an email address of your choice. We recommend you choose the email address of a safeguarding officer or team.

How are reports of concern delivered to the organisation?

The reports are sent via secure email to an address of your choice, usually a safeguarding officer. As long as your email server supports it, the email is sent securely and encrypted using the TLS protocol. This ensures that no third party can snoop or tamper with any messages as they travel from our sending server to your receiving server.
According to a recent Google report, over 90% of email servers support TLS encryption including Google GMail. If your email server does not support TLS then the reports are sent using normal email protocols.

What is captured by the screenshot?

If the user chooses to include a screenshot with their report (especially useful if the issue concerns online chat, social media message or a video call) then a snapshot of the currently active browser tab is taken. This image, the page title and the URL are sent in the report. No other browser tabs, windows or parts of the devices desktop are captured. The user gets to see a preview of the screenshot before it is sent to ensure it captures what they are concerned with, and can turn it off again if they wish.

Can I choose the options in the drop-down list on the report form?

Yes. The drop-down list of items a user can choose from can be customised for each organisation. For example, some schools may want the user to indicate which year they are currently in. Others may want a list of reasons why the user is sending the report of concern (e.g. online bullying, inappropriate behaviour, concern for another student). Or the drop-down list can be turned off if you don't need it.
You can also choose a custom message to appear once the form has been submitted. The default message says: "Thank you for sending your concern. Someone will deal with it as soon as possible and be in contact if necessary. All details are emailed to your organisation and kept in the strictest confidence. No details are stored or accessible by Statistics 24."
If you would like it to say something else, for example additional contact information or include a timescale for replying to messages, just let us know.

Will the person know I have sent a report about them?

No - not from Statistics 24. Even if you are in a video call with someone and use the safeguard reporting feature to capture a screengrab, the other people in the call will not know.